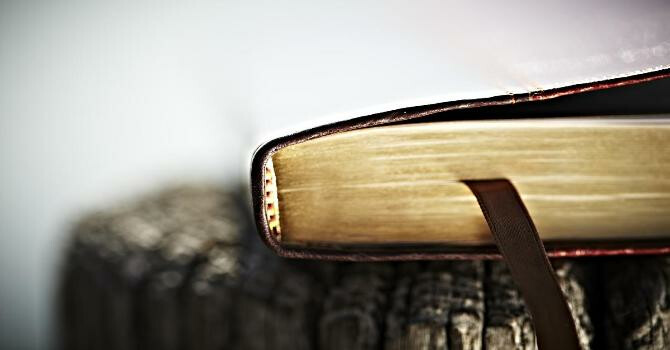 The congregation of Countryside is encouraged to not only read ahead in the texts we will be sharing and studying together during our services, but also to personally read the Scriptures together as a congregation. Here you will find Scripture for the day (a Psalm for each morning (always at least the first Psalm) and night, and selections from the Old Testament, New Testament and Gospels), as well as weekly and daily prayers. Together we read through the New Testament once a year, and the Old Testament every two years. The Scripture selections, and the prayers, are from common sources used by most Christians throughout the world.

The historic church found expression in the same rhythms of worship and devotion that were evident in the early church, and among the Hebrews, God's people, before that.  Our hope is that the regular reminder will be of encouragement to us all to join the people of God in reading the Scriptures and praying. Both are meant to go together with our daily prayer and communion service.

For the director of music. A psalm of David.

1 Rescue me,(A) Lord, from evildoers;
protect me from the violent,(B)
2 who devise evil plans(C) in their hearts
and stir up war(D) every day.
3 They make their tongues as sharp as(E) a serpent’s;
the poison of vipers(F) is on their lips.[b]

4 Keep me safe,(G) Lord, from the hands of the wicked;(H)
protect me from the violent,
who devise ways to trip my feet.
5 The arrogant have hidden a snare(I) for me;
they have spread out the cords of their net(J)
and have set traps(K) for me along my path.

6 I say to the Lord, “You are my God.”(L)
Hear, Lord, my cry for mercy.(M)
7 Sovereign Lord,(N) my strong deliverer,
you shield my head in the day of battle.
8 Do not grant the wicked(O) their desires, Lord;
do not let their plans succeed.

9 Those who surround me proudly rear their heads;
may the mischief of their lips engulf them.(P)
10 May burning coals fall on them;
may they be thrown into the fire,(Q)
into miry pits, never to rise.
11 May slanderers not be established in the land;
may disaster hunt down the violent.(R)

12 I know that the Lord secures justice for the poor(S)
and upholds the cause(T) of the needy.(U)
13 Surely the righteous will praise your name,(V)
and the upright will live(W) in your presence.(X)

1 I cry aloud(B) to the Lord;
I lift up my voice to the Lord for mercy.(C)
2 I pour out before him my complaint;(D)
before him I tell my trouble.(E)

3 When my spirit grows faint(F) within me,
it is you who watch over my way.
In the path where I walk
people have hidden a snare for me.
4 Look and see, there is no one at my right hand;
no one is concerned for me.
I have no refuge;(G)
no one cares(H) for my life.

6 Listen to my cry,(L)
for I am in desperate need;(M)
rescue me(N) from those who pursue me,
for they are too strong(O) for me.
7 Set me free from my prison,(P)
that I may praise your name.(Q)
Then the righteous will gather about me
because of your goodness to me.(R)

A psalm of David.

1 I call to you, Lord, come quickly(A) to me;
hear me(B) when I call to you.
2 May my prayer be set before you like incense;(C)
may the lifting up of my hands(D) be like the evening sacrifice.(E)

3 Set a guard over my mouth,(F) Lord;
keep watch over the door of my lips.(G)
4 Do not let my heart(H) be drawn to what is evil
so that I take part in wicked deeds(I)
along with those who are evildoers;
do not let me eat their delicacies.(J)

5 Let a righteous man strike me—that is a kindness;
let him rebuke me(K)—that is oil on my head.(L)
My head will not refuse it,
for my prayer will still be against the deeds of evildoers.

6 Their rulers will be thrown down from the cliffs,(M)
and the wicked will learn that my words were well spoken.
7 They will say, “As one plows(N) and breaks up the earth,(O)
so our bones have been scattered at the mouth(P) of the grave.”

8 But my eyes are fixed(Q) on you, Sovereign Lord;
in you I take refuge(R)—do not give me over to death.
9 Keep me safe(S) from the traps set by evildoers,(T)
from the snares(U) they have laid for me.
10 Let the wicked fall(V) into their own nets,
while I pass by in safety.(W)

A psalm of David.

1 Lord, hear my prayer,(A)
listen to my cry for mercy;(B)
in your faithfulness(C) and righteousness(D)
come to my relief.
2 Do not bring your servant into judgment,
for no one living is righteous(E) before you.
3 The enemy pursues me,
he crushes me to the ground;
he makes me dwell in the darkness(F)
like those long dead.(G)
4 So my spirit grows faint within me;
my heart within me is dismayed.(H)
5 I remember(I) the days of long ago;
I meditate(J) on all your works
and consider what your hands have done.
6 I spread out my hands(K) to you;
I thirst for you like a parched land.[a]

7 Answer me quickly,(L) Lord;
my spirit fails.(M)
Do not hide your face(N) from me
or I will be like those who go down to the pit.
8 Let the morning bring me word of your unfailing love,(O)
for I have put my trust in you.
Show me the way(P) I should go,
for to you I entrust my life.(Q)
9 Rescue me(R) from my enemies,(S) Lord,
for I hide myself in you.
10 Teach me(T) to do your will,
for you are my God;(U)
may your good Spirit
lead(V) me on level ground.(W)

11 For your name’s sake,(X) Lord, preserve my life;(Y)
in your righteousness,(Z) bring me out of trouble.
12 In your unfailing love, silence my enemies;(AA)
destroy all my foes,(AB)
for I am your servant.(AC)

The Lord Comes and Reigns

14 A day of the Lord(A) is coming, Jerusalem, when your possessions(B) will be plundered and divided up within your very walls.

2 I will gather all the nations(C) to Jerusalem to fight against it;(D) the city will be captured, the houses ransacked, and the women raped.(E) Half of the city will go into exile, but the rest of the people will not be taken from the city.(F) 3 Then the Lord will go out and fight(G) against those nations, as he fights on a day of battle.(H) 4 On that day his feet will stand on the Mount of Olives,(I) east of Jerusalem, and the Mount of Olives will be split(J) in two from east to west, forming a great valley, with half of the mountain moving north and half moving south. 5 You will flee by my mountain valley, for it will extend to Azel. You will flee as you fled from the earthquake[a](K) in the days of Uzziah king of Judah. Then the Lord my God will come,(L) and all the holy ones with him.(M)

6 On that day there will be neither sunlight(N) nor cold, frosty darkness. 7 It will be a unique(O) day—a day known only to the Lord—with no distinction between day and night.(P) When evening comes, there will be light.(Q)

8 On that day living water(R) will flow(S) out from Jerusalem, half of it east(T) to the Dead Sea and half of it west to the Mediterranean Sea, in summer and in winter.(U)

9 The Lord will be king(V) over the whole earth.(W) On that day there will be one Lord, and his name the only name.(X)

10 The whole land, from Geba(Y) to Rimmon,(Z) south of Jerusalem, will become like the Arabah. But Jerusalem will be raised up(AA) high from the Benjamin Gate(AB) to the site of the First Gate, to the Corner Gate,(AC) and from the Tower of Hananel(AD) to the royal winepresses, and will remain in its place.(AE) 11 It will be inhabited;(AF) never again will it be destroyed. Jerusalem will be secure.(AG)

7 Accept one another,(A) then, just as Christ accepted you, in order to bring praise to God. 8 For I tell you that Christ has become a servant of the Jews[a](B) on behalf of God’s truth, so that the promises(C) made to the patriarchs might be confirmed 9 and, moreover, that the Gentiles(D) might glorify God(E) for his mercy. As it is written:

“Therefore I will praise you among the Gentiles;
I will sing the praises of your name.”[b](F)

“Rejoice, you Gentiles, with his people.”[c](G)

“Praise the Lord, all you Gentiles;
let all the peoples extol him.”[d](H)

“The Root of Jesse(I) will spring up,
one who will arise to rule over the nations;
in him the Gentiles will hope.”[e](J)

13 May the God of hope fill you with all joy and peace(K) as you trust in him, so that you may overflow with hope by the power of the Holy Spirit.(L)

Jesus Comes to Jerusalem as King(A)(B)

28 After Jesus had said this, he went on ahead, going up to Jerusalem.(C) 29 As he approached Bethphage and Bethany(D) at the hill called the Mount of Olives,(E) he sent two of his disciples, saying to them, 30 “Go to the village ahead of you, and as you enter it, you will find a colt tied there, which no one has ever ridden. Untie it and bring it here. 31 If anyone asks you, ‘Why are you untying it?’ say, ‘The Lord needs it.’”

35 They brought it to Jesus, threw their cloaks on the colt and put Jesus on it. 36 As he went along, people spread their cloaks(G) on the road.

37 When he came near the place where the road goes down the Mount of Olives,(H) the whole crowd of disciples began joyfully to praise God in loud voices for all the miracles they had seen:

“Peace in heaven and glory in the highest!”(J)

39 Some of the Pharisees in the crowd said to Jesus, “Teacher, rebuke your disciples!”(K)

Almighty and everlasting God, whose will it is to restore all things in your well-beloved Son, the King of kings and Lord of lords: Mercifully grant that the peoples of the earth, divided and enslaved by sin, may be freed and brought together under his most gracious rule; who lives and reigns with you and the Holy Spirit, one God, now and forever. Amen.

Our Father, who art in Heaven, hallowed be Your Name. Your kingdom come, your will be done, on earth as it is in Heaven. Give us this day our daily bread. And forgive us our debts, as we forgive our debtors. And lead us not into temptation, but deliver us from the evil one. For yours is the kingdom, and the power and the glory forever. Amen.